Nominated for six Off-Broadway Awards (Broadway World 2021) The SCFTS is a game show and a sketch comedy show combined with topics and games revolving around current and nostalgic pop culture references. Leave your brain at home and join the quick paced madness of the alt-comedy game show
Rent Our New Special On Amazon

"A total meta experience..do yourself a favor and escape this crazy world for another hilarious one." -Comedy Cake

"Have a Super Crazy Funtime this week" -AMNY 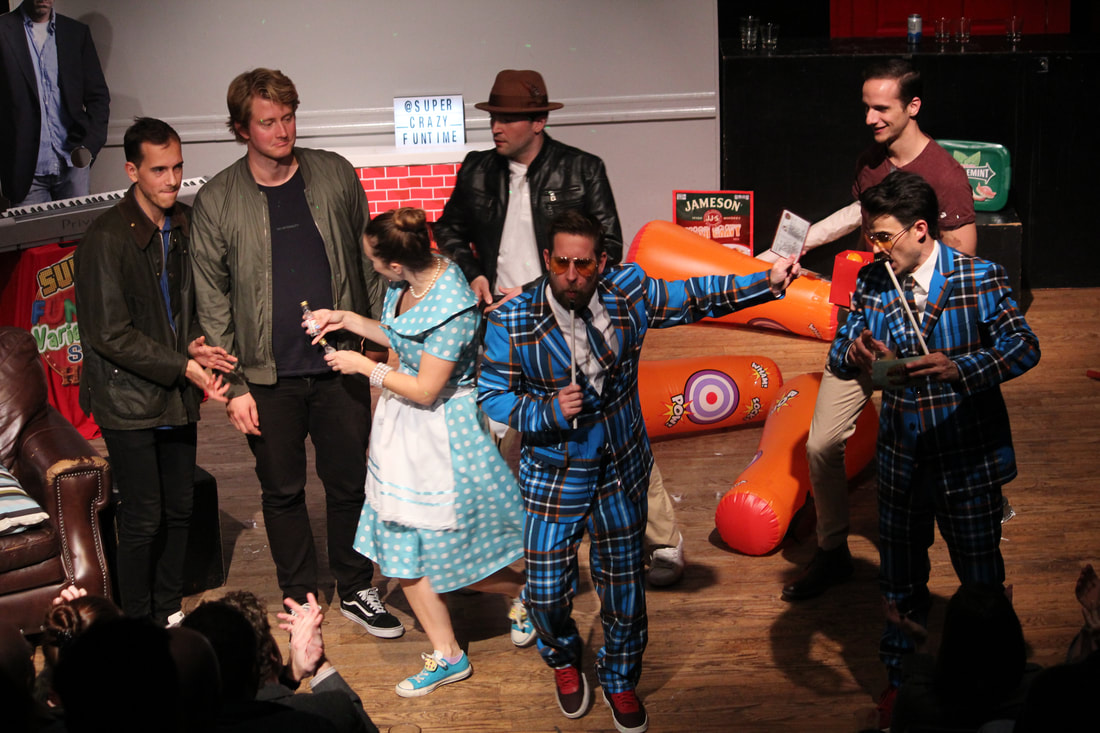